The highest peak in Oregon and fourth-highest in the Cascade Range, Mount Hood is home to twelve glaciers.

Mt. Hood, called Wy’east by the Multnomah tribe, is a stratovolcano in the Cascade Volcanic Arc of northern Oregon. It was formed by a subduction zone and rests in the Pacific Northwest region of the United States. It is located about 50 miles (80 km) east-southeast of Portland, on the border between Clackamas and Hood River counties. In addition to being Oregon’s highest mountain, it is one of the loftiest mountains in the nation based on its prominence.

The height assigned to Mt. Hood’s snow-covered peak has varied over its history. The elevation is 11,240 ft or 3,426 m, and it is home to twelve glaciers. It is the highest point in Oregon and the fourth-highest peak in the Cascade Range. Mt. Hood is considered the Oregon volcano most likely to erupt, though based on its history, an explosive eruption is unlikely. 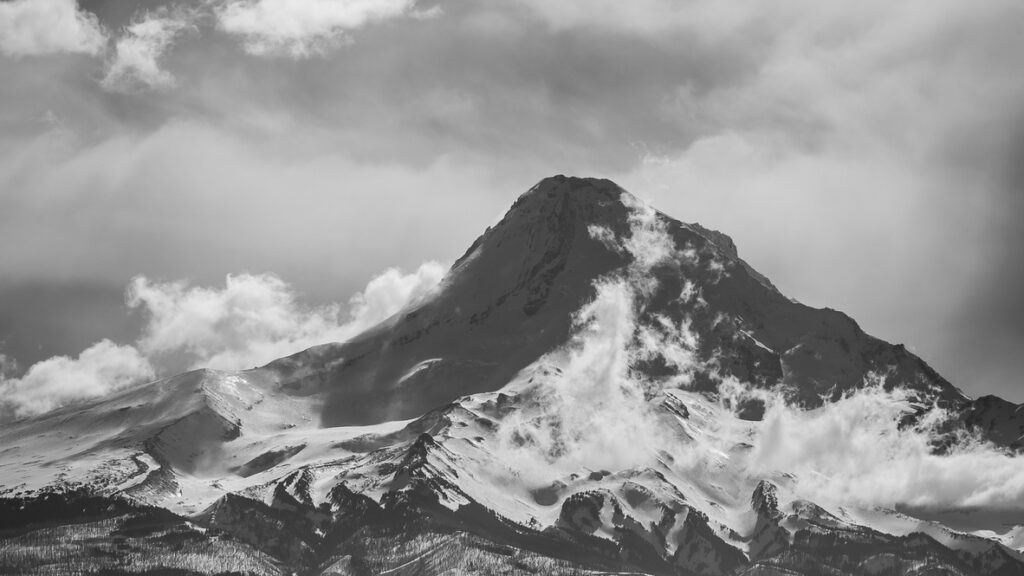 The Multnomah name for Mt. Hood is Wy’east. In one version of the legend the two sons of the Great Spirit Sahale fell in love with the beautiful maiden Loowit who could not decide which to choose. The two braves, Wy’east and Klickitat, burned forests and villages in their battle over her. Sahale became enraged and smote the three lovers. Seeing what he had done he erected three mountain peaks to mark where each fell. He made beautiful Mt. St. Helens for Loowit, proud and erect Mt. Hood for Wy’east, and the somber Mt. Adams for the mourning Klickitat.

There are other versions of the legend. In another telling Wy’east (Hood) battles Pahto (Adams) for the fair La-wa-la-clough (St. Helens). Or again Wy’east, the chief of the Multnomah tribe, competed with the chief of the Klickitat tribe. Their great anger led to their transformation into volcanoes. Their battle is said to have destroyed the Bridge of the Gods and thus created the great Cascades Rapids of the Columbia River.

How Mount Hood Got It's Name

The mountain was given its present name on October 29, 1792 by Lt. William Broughton, a member of Captain George Vancouver’s discovery expedition. Lt. Broughton observed its peak while at Belle Vue Point of what is now called Sauvie Island during his travels up the Columbia River, writing, “A very high, snowy mountain now appeared rising beautifully conspicuous in the midst of an extensive tract of low or moderately elevated land (location of today’s Vancouver, Washington) lying S 67 E., and seemed to announce a termination to the river.” Lt. Broughton named the mountain after a British admiral, Samuel Hood.

Lewis and Clark were the first Americans of European descent to see the mountain on October 18, 1805. A few days later at what would become The Dalles, Clark wrote, “The pinnacle of the round topped mountain, which we saw a short distance below the banks of the river. It is at this time topped with snow. We called this the Falls Mountain, or Timm Mountain.” Timm was the native name for Celilo Falls. Clark later noted that it was also Vancouver’s Mt. Hood. 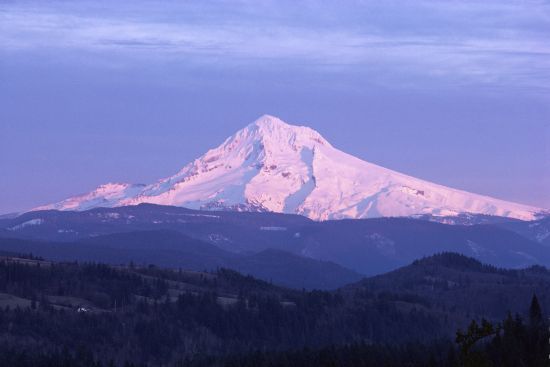 Visit our History page to learn more about the geology of Mount Hood, and the history of Cooper Spur

There are many sides to this beautiful mountain.

And while it may be best known for skiing and snowboarding year round, there are also many other world-class recreational activities, attractions and festivals throughout the area. 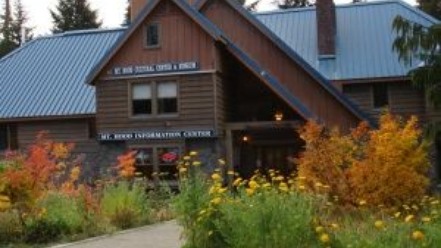 The Mt. Hood Cultural Center and Museum strengthens the community, and protects and showcases the art and history of Mt. Hood.

With interpretive exhibits and educational programming, the center promotes an understanding of our history and the challenges of our future.

Dip your toes into our fresh lakes, or explore one of the many rivers or waterfalls on Mount Hood